Jan Hill was born in Hitchin, Hertfordshire in June 1948, and lived in Letchworth First Garden City until she went to University of Hull, Yorkshire. She originally applied to do a joint degree in English and Theology, but ended up reading Theology. The poet Philip Larkin was Librarian there at the time, though Jan was too shy to show any of her poetry to him.
While at University, Jan became ill with a mysterious lingering illness with some similarities to a debilitating glandular fever. She was not able to gain a correct diagnosis for nearly 20 years ( Myalgic Encephalomyelitis ). She struggled through a year's post-grad teacher training at Hughes Hall, Cambridge, but was not well enough to take up teaching. She worked part-time for a while in Mowbrays Christian Bookshop and told the manager that one day she would have a book on the shelves.
An opportunity arose for Jan to go as a volunteer part-time teacher to a mission school in Beirut, Lebanon. When the war broke out in 1975, Jan returned to England to teach Religious Studies at The Cedars School, Leighton Buzzard.
In 1976 she married Rob, a graduate of St John's College, Cambridge, and in 1977, they returned to Cambridge. Jan got a job in Hinchingbrooke School, Huntingdon, where she taught for eight years, taking maternity leave in 1983 when James was born.
The mysterious illness returned with a vengeance and Jan resigned in 1985. In 1989, the family moved to Yorkshire and were living in Sheffield when they decided to have an adventure; they came to New Zealand for two years. Rob had a job as a physiotherapist in Timaru Public Hospital.This was January1995. James was eleven and not happy about the move, until he joined the local Municipal Brass Band and Fox Peak Ski Club. However when he was 19, after a year at Canterbury University, he moved back to England for awhile and now lives in Australia. James works as an IT consultant and enjoys kitesurfing and mountain biking on weekends. 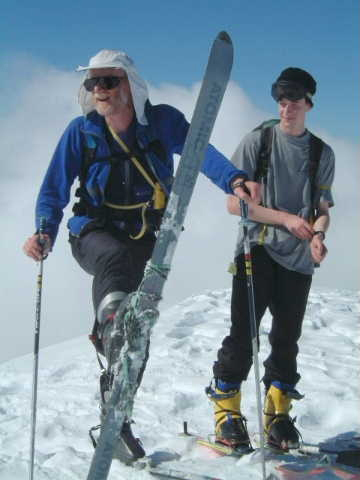 New Zealand turned out to be a land of great opportunity, lovely people and wonderful weather. The family gained citizenship and in 1998 Jan attended Owen Marshall's five month fiction writing course at Timaru Polytechnic. Owen Marshall is New Zealand's best loved short story writer, and an excellent teacher. Jan wanted to find out if her scribbling was a waste of time or something to pursue. While studying a module on writing for children, Maungati Mouse was born. Apart from short stories and poetry, Jan has also written a chapter book for 8-12 year olds called "Scumbags", as yet unpublished. 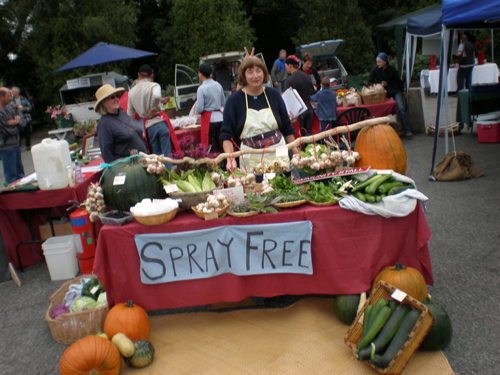 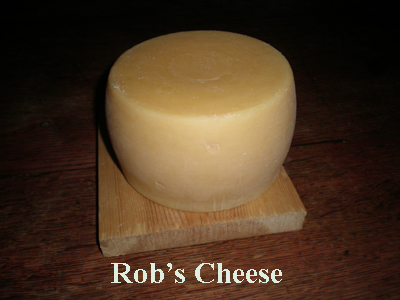 She lives on a two acre block with a huge garden in Pleasant Valley just outside Geraldine, South Canterbury. She shares her life with husband Rob, Bonny the border collie, Gruffie, Meg and Rata, sable goats, and their kids, half a dozen hens and lots of friends that call in. Rob grows produce for the local farmers' market, and together they run a transcription service, converting research interview recordings into hard copy. Jan also gives talks on writing to local school children and to adult groups. In her spare time, she helps out at the local Anglican church where she is Vicar's Warden. 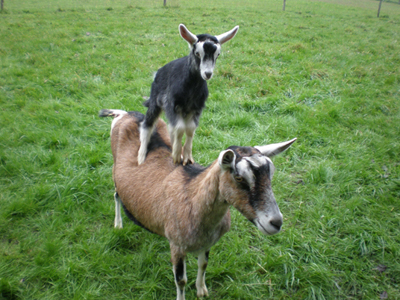 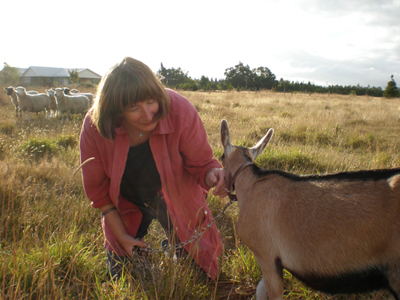